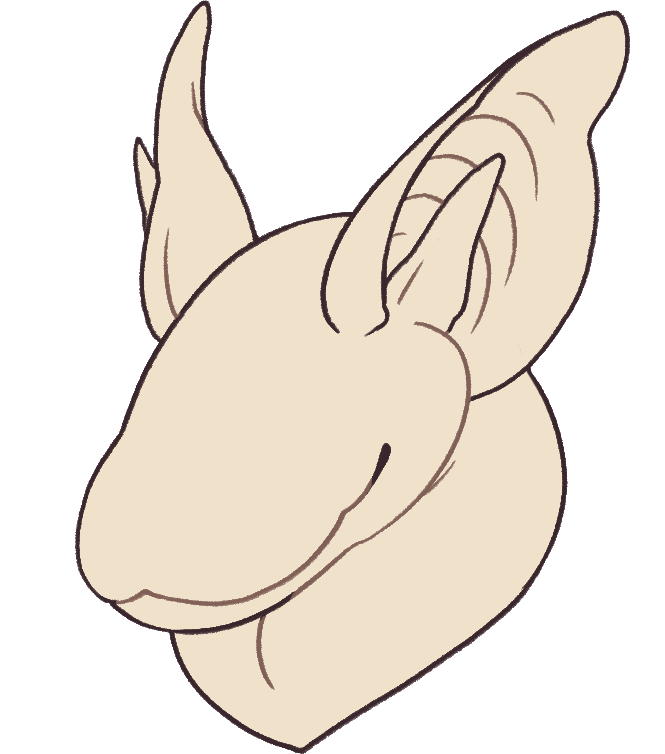 Huge triangular ears with a prominent central spike.
These ears are the second discovered type with the ability to actually hear. The middle spike (also known as the tragus) detects vibrations in the air, notably used for echolocation. Cave leeches with these ears tend to stay in more open spaces, reluctant to slither through tiny gaps and risk damaging the membranes.

Sightless eyes with a pale pupil.
Cave leeches are inherently blind, though some have developed eyes as a mimic target. On occasion these eyes can detect changes in light and dark - but without evolved optic nerves they're still functionally useless.

Note: Cave leeches cannot have any other eye type - but these can take the shape of all other eyes. The important part for them is that they are blind, even see-all shaped false eyes! 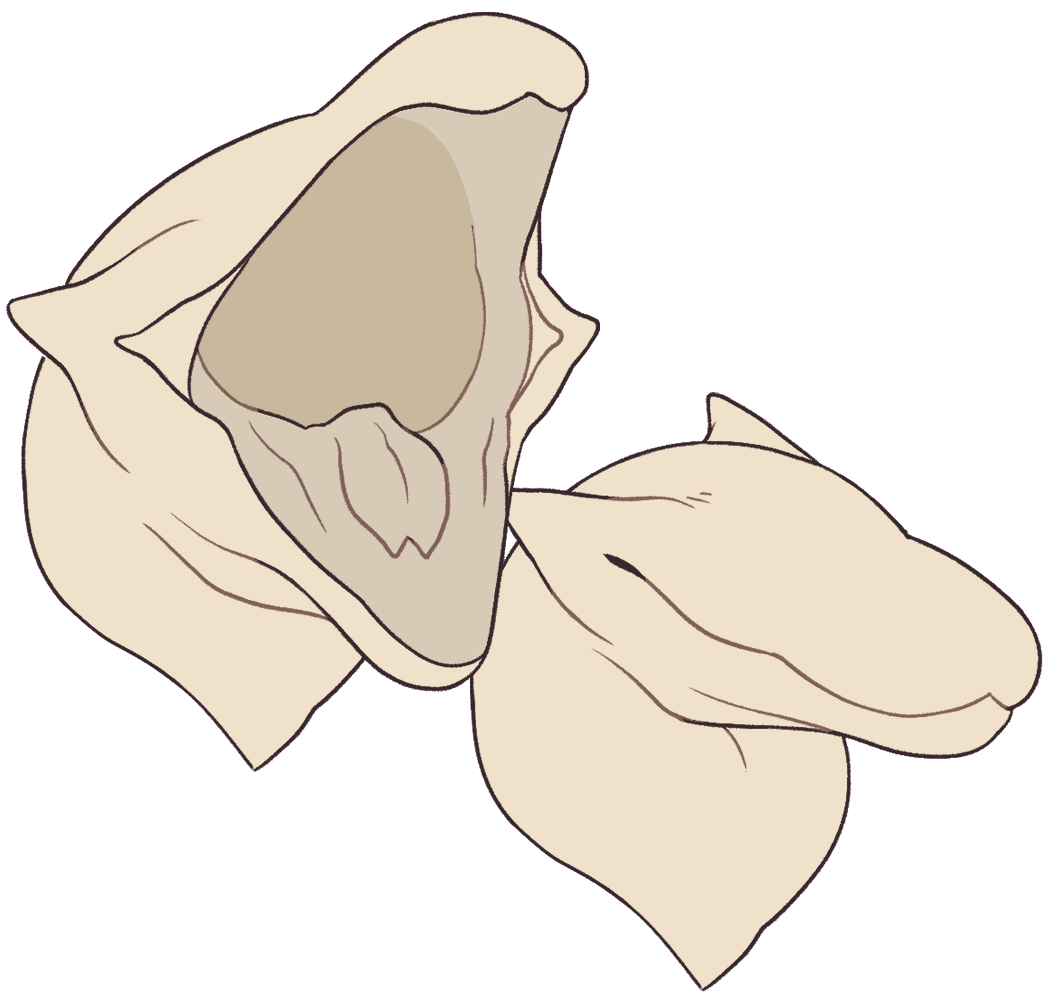 Angular folds centered around the jaw muscles that allow the mouth to be opened to a truly fearsome width.

Often used to create a backdraft that essentially sucks smaller creatures in, such as bats, leeches with Gulper jaw have been seen partially enveloping larger targets headfirst, setting their teeth into the neck flesh, and rolling like a crocodile to quickly shred and dispatch prey. 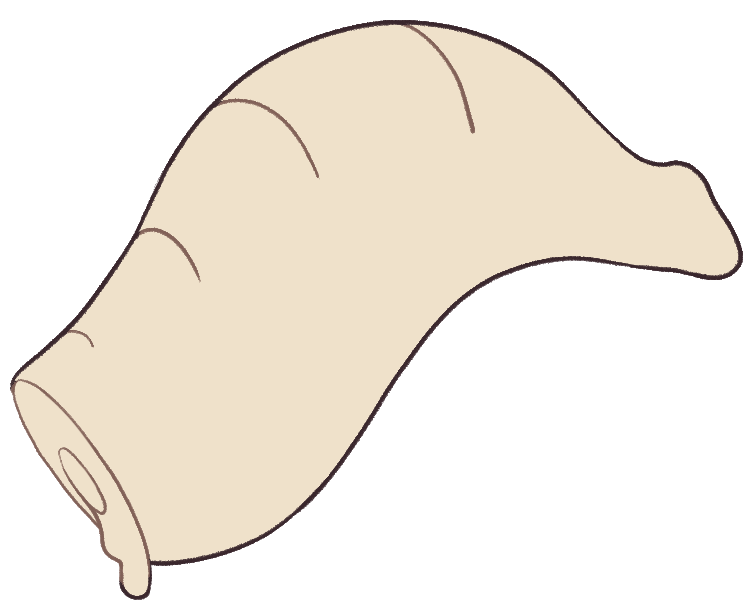 A strong tail with a suction cup-like extrusion on the tip for adhering to cave ceilings.
Cave leeches with this tail are ambush predators, and can hang in wait for weeks at a time in a partial hibernation state, waiting for prey to pass below. Tiny cave leeches will cluster together across an entire cave ceiling and rush their target as one, overwhelming it in an instant.
The larger the leech, however, the more vestigial this trait becomes as their body becomes too heavy to hold up for long amounts of time.

Similar to Siren, wyvern-bodied leeches have developed only their hind legs. So far this has only been recorded in cave leeches, where there is less emphasis on the aquatic lifestyle of their aboveground cousins.

Many leeches with this trait are seen with wings which they use as rudimentary forelegs, resulting in an odd hopping or wiggling gait (completely different to leeches who have wings attached as a side-trait to their existing forelegs!), while those without wings have larger tails to act as a counterweight and could be better compared to dinosaurs.
These leeches have a very aggressive prey drive, and will bite first and ask questions later, striking hard and fast to both kill and swallow their food as without forelegs they do not have the mobility to hunt by other means.

Rolls of skin that pinch inwards, creating a soft ribbed look.
Visually similar to Grub Tail except on any part of the leech's body (including partially), ribbed skin is present in cave leeches that have a tendency to gorge themselves on whole prey, expanding to fit a much greater capacity of food.
While any leech can have wrinkled skin, Ribbed skin actually adheres to additional pockets of fat stores rather than being a simple loose epidermis.

Note: To prevent confusion with Keeled Scales, the lines should not be fully solid the entire way around the body or across the applied area - include gaps to show that it's soft and fat!

Appearing in far greater numbers than on their aboveground cousins, wings on cave leeches are so commonplace their rarity was declassified from mythical down to normal.
The lack of bones in cave leeches means that these wings are likewise unusable for powered flight, but they are adept gliders once they climb high enough to gain momentum.

Note: The rarity is Cave Leech exclusive - for non-cave leeches you will need to use the myth trait Wings. It is otherwise identical to the Wings trait, including appearance and functionality.
More than one pair of wings will require the Extra Limbs myth trait!